First ever attempt at mobile closes on May 5th 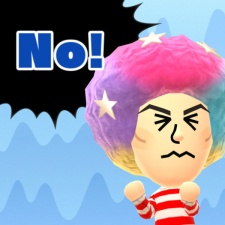 Nintendo is set to close down its first ever mobile app Miitomo just over two years after the game first launched.

The app will no longer be available from May 5th 2018. Nintendo has also stopped selling IAPs in-game as of January 24th, and will instead dole out coins and game tickets as daily login rewards for those still playing.

None of Miitomo's features will remain active following the closure, including any "Miifotos" posted to social networks directly from the app. Users can, however, save these photos to their device before the service is shut down.

Miitomo initially launched on March 31st 2016. It was estimated to have generated $1 million in its first month of service, but rapidly started losing users in the following months.

The game did hit ten million downloads two months after first launching, but Nintendo stopped mentioning it in any of its financials from its Q2 FY17 reports onward.

Does Nintendo’s first mobile game Miitomo have a future?