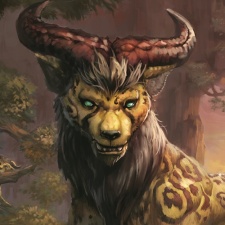 Tencent has partnered with Wizards of the Coast to publish new Magic: The Gathering games in Asia.

The first title set to be published by Tencent is Magic: The Gathering Arena, seemingly an attempt to dethrone Blizzard’s hit card game Hearthstone off top spot.

Tencent said the partnership will also cover other future releases based around the IP for mobile, PC and console.

"Magic: The Gathering is a legendary game and has had a huge influence on culture and industry," said Tencent Interactive Entertainment Group senior VP Steven Ma.

"We are thrilled to bring this amazing experience to players in Asia and look forward to helping expand its global community."

Our sister-site PCGamesInsider.biz also reports that Tencent is taking aim at Minecraft - published by NetEase in China - with a new sandbox game called Handcraft Planet.