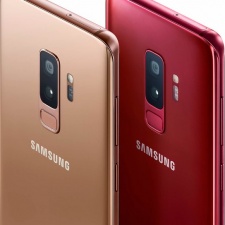 Samsung has opened what it claims is the ‘world’s largest mobile factory’ in the Indian city of Noida.

The new location will help Samsung double capacity to 120 million units annually once expansion plans are complete. The South Korean phone-maker is investing $716.57 million over three years to expand capacity at Noida.

The opening comes as part of Samsung’s continued commitment to the Make in India programme, a government scheme to encourage multinational corporations to invest and set up shop in the country.

“Our Noida factory, the world’s largest mobile factory, is a symbol of Samsung’s strong commitment to India,” said Samsung India CEO HC Hong. “We ‘Make in India’, ‘Make for India’ and now, we will ‘Make for the World’.

“We are aligned with government policies and will continue to seek their support to achieve our dream of making India a global export hub for mobile phones.”