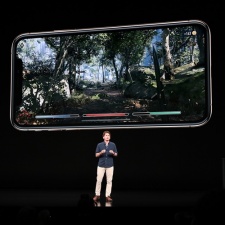 According to the Financial Times, Qualcomm hopes to apply extra pressure on Apple and, in turn, force the iPhone manufacturer into settlement talks.

Speaking to the Financial Times, a lawyer at Lexfield Law Offices, who is representing Qualcomm in its patent suits, said that they planned “to use the same patents to file suit against the three new iPhone models.”

Original story: The Fuzhou Intermediate People’s Court in China has ordered Apple to cease the sale and import of iPhones in the country following two cases of alleged patent infringement.

That comes from chip creator Qualcomm, which claims to have taken legal action against four of Apple’s Chinese subsidiaries for said patent infringement.

The first patent in question enables phone users to adjust and reformat the size and appearance of photographs. The second allows users to manage apps using a touch screen when viewing, navigating and dismissing applications on their iPhones.

According to Qualcomm, it is taking additional actions to receive similar relief for other patents it believes Apple has infringed upon. This is part of a larger conflict between the chip manufacturer and Apple which has featured legal showdowns in Europe, the United States and South Korea.

“We deeply value our relationships with customers, rarely resorting to the courts for assistance, but we also have an abiding belief in the need to protect intellectual property rights,” said Qualcomm general counsel Don Rosenberg.

“Apple continues to benefit from our intellectual property while refusing to compensate us. These Court orders are further confirmation of the strength of Qualcomm’s vast patent portfolio.”

As reported by CNBC, Apple has denied this and has labelled Qualcomm’s actions as a “desperate move”.

"Qualcomm's effort to ban our products is another desperate move by a company whose illegal practices are under investigation by regulators around the world," an Apple spokesperson said.

"All iPhone models remain available for our customers in China. Qualcomm is asserting three patents they had never raised before, including one which has already been invalidated. We will pursue all our legal options through the courts."

CNBC also reports that the patents in question are only relevant to devices running iOS 11, with new handsets being powered by up-to-date iOS 12.

The news follows a turbulent year for games developers seeking to get their games approved for distribution in China.

Following a regulatory restructure in March, alongside new restrictions designed to halt a wave of eye-sight issues, there has been little movement in approving games titles in 2018.

While some believe the freeze could be coming to an end, with China establishing an Online Games Ethics Committee, a block on iPhones could be another hurdle for games developers.