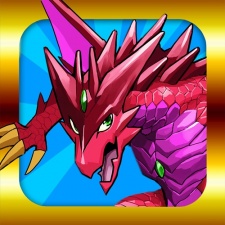 Puzzle & Dragons continues to ride high after the number of monthly active users increased significantly in October and November last year. These numbers have steadily declined since but remain higher than during any period in 2018.

GungHo said various initiatives such as events and IP collaborations have helped spur on growth in MAUs. Seventh-anniversary celebrations have also helped keep those numbers steady.

As GungHo moves forward it has eight new projects in the pipeline for smartphones and console. One of those titles is multiplayer action game Ninjala, set for release on Nintendo Switch in spring.

Gravity on the up

The company released Ragnarok M across Southeast Asia in October 2018 and in North America, South America and Oceania in January 2019.

This powered an increase in sales of 101.5 per cent year-on-year in Q1 to $117.5 million. That was also up 18 per cent quarter-on-quarter. Included in GungHo’s financials, Gravity represents 37 per cent of sales.

Operating profit for Gravity increased by a massive 390.5 per cent year-on-year to $21 million, also up 79.9 per cent.

Mobile sales represented $107 million of total revenue, up 135.7 per cent year-on-year and 17.7 per cent quarter-on-quarter.

Ragnarok M will soon come to the Japanese market, published by GungHo.