Title lets players create their own mobile games within it 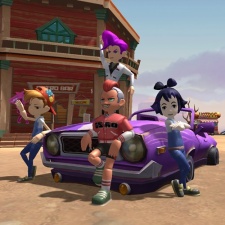 Chinese mobile developer Code View has raised ¥100 million ($14.4m) in a Series A funding round.

Build your own games

Code View which employs over 150 staff, aims to use the investment to support development on its sandbox game Reworld.

The title's website describes it as a user-generated content platform that lets users create and play games, and also learn about game design.

Games can be created via the Reworld Studio on PC and Mac, which are then made available to play on any device, including mobile. Code View also plans to release Reworld on PS4 and Xbox One.