Sales increased 126 per cent from April 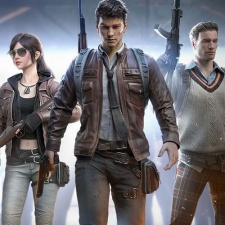 Tencent’s PUBG Mobile and Game for Peace games made an estimated $146 million in revenue in May 2019, doubling the company’s revenue for the previous month.

According to mobile data firm Sensor Tower, sales for the titles increased by 126 per cent from the $65 million PUBG Mobile made in April. This number excludes all Android revenue in China.

Game for Peace accounted for approximately 48 per cent, or $70 million, of all player spending. Outside of China, PUBG Mobile picked up the remaining $76 million.

Across both titles, the user average spending came in at $4.8 million per day across the App Store and Google Play. $101 million was accumulated from the App store while $45.3 million originated from Google Play.

Again, it should be noted that Sensor Tower does not track Android sales in China.

Game for Peace released in China at the start of May after Tencent’s PUBG Mobile games were given an overhaul in an effort to get around regulations and finally monetise. The game earned over $14 million within 72 hours of its launch.

The revenue made from both versions of the battle royale title added together to make it the world’s highest grossing mobile app across the App Store and Google Play in May.