State of Mobile: 2019 and beyond report published this week 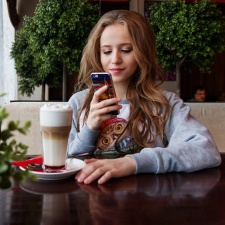 One-third of all global mobile downloads were games, according to App Annie.

The mobile market research company posted its ‘State of Mobile: 2019 and beyond’ report showing various statistics and information concerning games in 2018.

Spending across the App Store is heavily dominated by mobile, with 0.74 cents of every dollar or 74 per cent of the overall total going to games. From these purchases, 95 per cent of the figure originated from in-app purchases, while the remaining five per cent was picked up by paid titles.

When it comes to how we spend our time on mobile, 10 per cent of it is taken up by games overall. The far and away winner was reported to be social and communication apps with 50 per cent. Interestingly the biggest time spent on games is from people over the age of 25.

Two to five games per month

Globally users play an average of two to five games per month, with the UK and US possessing eight games on average per mobile device.

The report also believes that Niantic’s upcoming Harry Potter: Wizards Unite will be the biggest launch title in 2019, with the game predicted to generate $100 million in 30 days.

This number seems highly likely considering that the game was installed more than 100,000 times from its first month of beta.