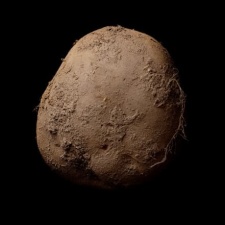 Animoca Brands has hired a conceptual artist who once sold a photo of a potato for just over $1 million as its new creative director.

Kevin Abosch's Potato #345, a photo of an organic Irish spud, was sold for just over $1 million.

His other past works include an ERC-20 token (part of the Ethereum blockchain) titled Forever Rose. A press release explains that while “inspired by a photograph, lacks any visual presence”. It was sold to a group of art collectors for $1 million.

He's also known for his works on portraits of famous figures around the world.

His works have been exhibited around the world, including at the State Hermitage Museum (Saint Petersburg, Russia), The Irish Museum of Modern Art, the Kate Vass Galerie in Zürich (Switzerland), the National Gallery of Ireland and the Bogota Museum of Modern Art (Colombia).

At Animoca Brands, Abosch will provide creative advice and direction on upcoming titles the Sandbox and F1 Delta Time, as well as providing his expertise on the sales process for NFTs and other digital assets.

The publisher also hopes to use Abosch’s international profile to bolster its own.

“As an artist, I explore the nature of identity and value, so working with Animoca Brands on projects such as The Sandbox and F1 Delta Time is extremely exciting,” said Abosch.

Animoca Brands chairman Yat Siu added: “The appointment of Kevin Abosch is another testament to the cutting-edge nature of the work we do at Animoca Brands. We are privileged and honoured to be able to attract the top talent across different fields.”

Animoca Brands is working with Steel Media to host the first ever Blockchain Gamer and Pocket Gamer Connects conference in Hong Kong on July 17th and 18th. Head to the website for details.

Reply
Greg Quinn CEO/Lead Developer at Meltdown Interactive Media
Time to get into vegetable art then!
Posted 3 years ago