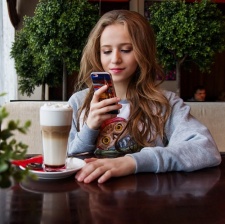 Mobile games were downloaded 11.2 billion times in Q2 2019, according to App Annie.

This data comes as part of a new report from the app analytics firm, which recorded that 30.3 billion apps were installed across iOS and Android in the most recent quarter.

While only 35 per cent of that number were games, they did make up an estimated 75 per cent of overall consumer spending.

Google Play continued to widen the gap over the App Store by increasing by 15 per cent of Q1 2019. However, this is considered a small jump when compared to 26.5 per cent increase the entire platform achieved for downloads in Q2.

Consumer spending in games grew by 20 per cent year-on-year on Android and 15 per cent on iOS. In terms of downloads, the US accounted for the largest amount but China took first spot for top grossing in games. The US then followed in second before Japan rounded out the top three.

PUBG Mobile continued its dominance by claiming first for average monthly active users across the quarter, on top of breaking back into the top 10 games for player spending.

It was a good month for Tencent all around as Perfect World made its debut in the top 10 grossing games too. Clash of Clans from Supercell also re-entered the top 10 as a result of its season pass introduction.

Hyper-casual games such as Stack Ball, Run Race 3D, Crowd City, Clean Road and Traffic Run all had impressive quarters for installs, showing the increase in demand for the genre.