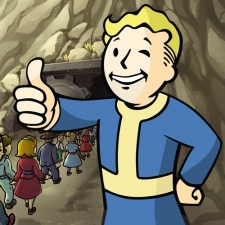 As part of the deal the China firm will nominate a director to the Montreal-based developer’s board. NetEase claimed that Behaviour will continue to operate independently and that current president and executive producer Rémi Racine will remain in charge.

News of NetEase’s purchase of a minority holding comes nine months after Chinese entertainment firm GAEA picked up a 20 per cent stake in the Canadian studio. These two companies are now collaborating on mobile title Game of Thrones Beyond the Wall.

"NetEase is pleased to further develop our relationship with Behaviour, an online games pioneer and a leader of the asymmetrical battle arena genre," said NetEase VP Ethan Wang.

"We look forward to leveraging Behaviour's deep passion and expertise to enhance our R&D efforts and deliver even more exciting new products to players worldwide."

Behaviour president Rémi Racine added: "NetEase's investment validates the reputation for excellence and efficiency we have built in the online games sector over the last 27 years.

"At Behaviour, we are continuously looking for opportunities to accelerate growth by investing in R&D for new and innovative games for our players and in the recruitment of exceptional talent.

“As an industry leader in online games, NetEase brings highly reputable R&D and operational capabilities and experience that we believe will drive sustainable, long-term growth well into the future."

Behaviour currently employs 550 staff and has worked on titles such as Fallout Shelter, Assassin’s Creed: Rebellion, NetEase's Identity V and the ill-fated Westworld Mobile. Its mobile games have been downloaded more than 200 million times.

Outside of mobile, the company has worked on games including Deathgarden: Bloodharvest and Dead by Daylight, the latter of which has been played by 12 million players.