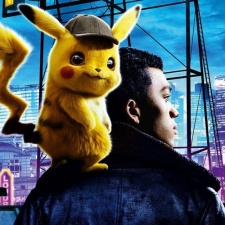 Detective Pikachu has become the most successful movie ever based on a video game.

Grossing a total of $436 million, the film earned more than double what the first Pokemon movie did in 1997 which grossed $172.7 million.

Knocked off top was the Duncan Jones-directed Warcraft, which fell to second for box office revenue. Grossing a total of $433.7 million, generating $213.5 million from China.

Rob Letterman, known for his work with Goosebumps and Shark Tale, headed the writing team. The team's background included Marvel’s Guardians of the Galaxy and Jurassic World.

Motion Pictures, the visual effects group behind the CGI for Detective Pikachu, is an Oscar-nominated company, winning on two separate occasions for its work on The Life of Pi and The Jungle Book.