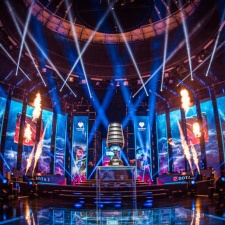 Livestreaming platform Huya has acquired a minority stake in Modern Times Group-owned ESL in a deal worth $30 million made up of both primary and secondary shares.

The deal, which values ESL at $425m, will see the two companies form a joint venture to expand into China and build and host esports competitions in the country.

To help fund the expansion the ESL will issue new shares at a value of $22m.

According to Newzoo, the global esports industry will top $1.1 billion this year. China was forecast to bring in revenues of $210m, overtaking Western Europe as the second-largest esports revenue generator behind North America, worth an estimated $409m.

“We are pleased to establish a close partnership with ESL, which demonstrates Huya’s further penetration into the global esports sector,” said Huya CEO Rongjie Don.

“Together with ESL, we are thrilled to bring more world-class global esports content to Chinese gaming enthusiasts.”

MTG CEO Jørgen Lindemann added: “We are excited to announce this term sheet for an important strategic partnership which provides us with a strong partner in Huya to pave the way for a successful ESL expansion into the thriving Chinese esport and gaming market in due time.”