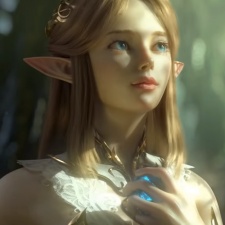 South Korean developer NCSoft has revealed that Lineage 2 M will launch in Q4 later this year.

As reported by the Korea IT Times, NCSoft showed off the game at a press conference held at The Raum in Seoul.

Chief commercial officer Kim Taek-Jin spoke of how the title has will run in 4K with ultra-high-definition 3D graphics as well as seamless leading.

The mobile game is a port of the PC online MMORPG Lineage 2, which launched in 2003. Previous mobile entries in the series, NCSoft's Lineage M and Netmarble's Lineage 2 Revolution, both went on to accumulate over $1 billion each.

"There will be no games in the next few years that will not be able to technically follow Lineage 2 M," said Taek-Jin.

"We will recreate the technological advance and challenge spirit that Lineage 2 introduced 16 years ago from Lineage 2 M."

NCSoft will be hoping that Lineage 2 M will help improve revenue after the company’s mobile games business fell nearly 25 per cent year-on-year to 199.7 billion KRW ($167m) in Q1 2019.