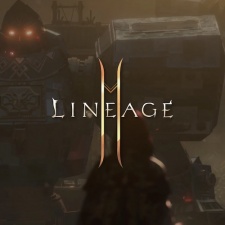 NCSoft has launched its latest MMORPG Lineage 2M in North America and Europe.

Lineage 2M is a mobile version of NCSoft’s 2003 MMORPG Lineage 2 and a prequel to Lineage M, set 150 years prior.

Both games are mobile adaptations of the Lineage series, with Lineage M being launched in 2017. The Lineage series is based around a South Korean comic series of the same name.

Since launch, Lineage M has continued to remain popular in South Korea and maintained a strong global presence also.

To-date, Lineage M has generated over $3.5 billion in player spending, making it one of the highest-grossing mobile games of all time.

Lineage 2M was first released in South Korea in 2019, followed by Taiwan and Japan in 2021. The addition of North America and Europe means Lineage 2M is now playable in a further 35 countries.

In Lineage 2M, players can join an open world with up to 10,000 other players, all supported in 4K ultra-HD.

NCSoft has stated that various special events are planned to celebrate the launch of the game.

Lineage 2M is free-to-play on the App Store and Google Play and includes in-app purchases.

In addition to launching on the aforementioned marketplaces, Lineage 2M will be playable via NCSoft’s platform, Purple, on both mobile devices and PC.

In August, NCSoft revealed a new entry to the Lineage series, Lineage W, which will be launched concurrently on mobile devices and PC.