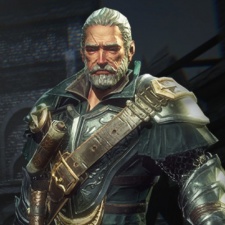 The company previewed the game at Apple’s September conference, where gameplay of the dark fantasy action title was shown off on the iPhone 11.

Pascal’s Wager appears to take inspiration from games like Dark Souls and Bloodborne. The title refers to a philosophy argument made by French mathematician and physicist Blaise Pascal, which refers to how humans gamble with their lives over the existence of God.

Tipswork founder Yang Yang presented the demo stating how the game is aiming for a “console experience” on mobile.

Pascal’s Wager can be pre-ordered exclusively on the App Store from next month and is set to launch worldwide. No release date or price was given.

During the same conference, Apple announced that its mobile game subscription service Apple Arcade will launch on September 19th for $4.99 a month.