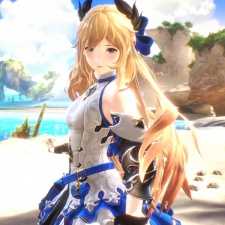 South Korean developer Npixel has secured 30 billion won ($25.9 million) in its series A funding round to help launch its first game Gran Saga.

As reported by Osen (via Google Translate), the investment round was led by Saehan Startup Investment and Altos Ventures. It is reportedly the largest sum raised by a South Korean games company at series A.

Npixel was formed in September 2017 by a group of developers who previously worked on Seven Knights, a popular Netmarble mobile game. Its first game, Gran Saga, is scheduled for release in South Korea in the first half of 2020.

Not your Gran's mobile game

The game itself is an MMORPG designed for multi-platform play across mobile, PC, and console. Npixel also reportedly has other games in development, including the currently-titled Project S.

Seven Knights was originally released back in October 2015 and continues to perform well for Netmarble. In its Q1 2019 financials, the company revealed that the game still makes up 4 per cent of its overall revenues.