More details to arrive in February 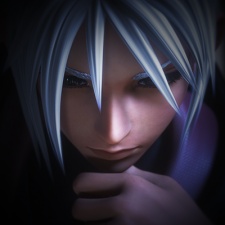 Previously titled as 'Project Xehanort', more information is due to be announced in mid-February The game will arrive on iOS and Android devices in Spring 2020.

As revealed on the Kingdom Hearts website, the new free-to-play title is currently dubbed 'Project Xehanort'. This indicates that the game will have a particular focus on Kingdom Hearts series antagonist Master Xehanort.

To hype up its impending title, Square Enix is holding a guess the name campaign on Twitter, where 10 winners will win $100 Amazon Gift cards for correctly naming the new game ahead of its official reveal. The competition will close on January 28th - presumably, the correct name will be revealed not long after this date.

The publisher has also released an update for its existing mobile RPG Kingdom Hearts Union x[Cross]. Players can now head into the world of Sugar Rush - part of the Wreck-It Ralph universe.

In 2018, Union x[Cross] was one of three Square Enix mobile titles were pulled from app stores in Belgium due to changes in its law around loot boxes.

Back in 2016, we took an in-depth look at the game as part of our In-App Purchase Inspector series.

Editor Ric Cowley wrote at the time that while the game might not have been too inviting to series newcomers, it did reward loyal fans with a great experience designed specifically for them.