Top grossing title in Japan for 2019 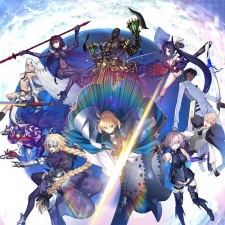 Launched in 2015, the Delightworks developed title accumulated $1.1 billion in 2019 alone to become the top-grossing mobile game in Japan.

The majority of sales originated from Japan at approximately $3.3 billion or 81.5 per cent of the overall amount of user spending. Following this was China, which generated $416 million or 10.4 per cent of revenue before the US placed third with close to $151.8 million or 3.8 per cent.

App Store players accounted for the largest portion of revenue at $2.3 billion, representing 57.1 per cent of the overall total spend. Google Play users than made up the remaining 42.9 per cent, which equalled to $1.7 billion.

When it comes to downloads, Fate/Grand Order has been installed an estimated 13.8 million times worldwide, with Japan again representing the biggest player base at 6.7 million downloads or 48.7 per cent of the total figure.

China ranked in second place at 3.4 million installs or 24.3 per cent while the US took the bronze in third at 1.4 million downloads or 9.9 per cent of the total.

The average revenue per download equated to $291. If looking at the Japanese market by itself, the average amount of revenue increases to an impressive $487 per install.

Not only has Sony's Fate/Grand Order continued to do huge amounts of revenue but it was recently confirmed that the title was the most talked about game on Twitter in 2019.