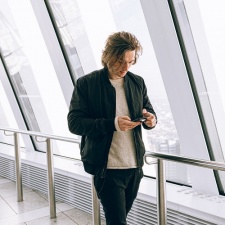 Mobile game downloads experienced its highest amount of installs ever at a record 1.2 billion for the week of March 22nd, 2020.

This figure was revealed by mobile analytics firm App Annie, further confirming that mobile game downloads increased by 50 per cent globally overall for the same week in March, compared to the average weekly number in Q4 2019.

Furthermore, the growth in installs has leapt by 30 per cent when compared to the average weeks prior in 2020.

The rise in numbers is no doubt due to more people being at home as a result of the ongoing coronavirus epidemic, with demand for multiplayer games such as Mario Kart Tour, Call of Duty: Mobile, Roblox and more skyrocketing.

When it comes to the types of games being played across the world, there is a slight difference in genres. For instance, casual games dominated the top five multiplayer games in the UK, though other markets analysed saw both a mix of casual and core.

Coin Master was the only casino title to break into a country's top five rankings, with the US and France claiming that accolade.

Interestingly, the US-developed Minecraft: Pocket Edition and Plants vs. Zombies 2 managed to crack the top five for multiplayer in China, a rare case for companies not based within the country.

One of the huge winners during the lockdown has been Epic Games' Houseparty App, which has seen a jump of nearly 3000 per cent in downloads.

Why Call of Duty: Mobile and Mario Kart Tour top the download charts but only one is top grossing