Unclear how this affects mobile version of the game 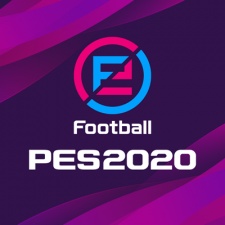 Konami will not renew its licenses with Italian football teams AC Milan and Inter Milan for its PES franchise.

However, the Japanese firm has claimed that the loss in licenses will not affect how the teams appear in the console version of eFootball PES 2020, nor will it affect the players that have been acquired through My Club.

As for future instalments, such as this year's entry – eFootball PES 2021 – Konami has advised its players to "wait for future announcements for each title." Currently, it is unclear how the mobile version of the game will be affected, which exceeded 300 million downloads last month.

Both clubs have been longtime supporters of the Football series, and the Japanese publisher thanked them for their support over the years. However, the firm has promised to "continue to strengthen existing partnerships and foster new relationships in order to provide the best possible eFootball experience."

Presumably, both teams will feature in future titles under a fictional name, as is common practice for the clubs that Konami does not have the rights to.