It is only available in Canada 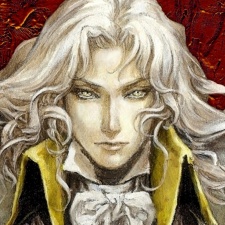 Konami will shut down Castlevania: Grimoire of Souls on September 9th, 2020.

As shown in a Reddit thread, the game – which entered Soft Launch on September 18th 2019 – will be scrapped less than one year after its release. Unfortunately, Grimoire of Souls was only released in Canada.

However, the Japanese firm has not given a reason for the sudden decision. Instead, it insisted the outcome is the result of "various circumstances."

"Since our launch in September of 2019, we have been able to continue operations for the game thanks to the support we received from you, the players. Unfortunately, it is with a heavy heart that due to various circumstances, we are announcing the discontinuation of service for the game on September 9th," reads an in-game message.

Not a money grabber

Furthermore, players can no longer purchase gems. Although, according to Reddit users, part of the issue the game had was that consumers did not need to spend any money on it. On top of this, it is claimed that the multiplayer mode on offer was lacklustre.

"They built the game, so you never have to spend a dime on it. I have a Simon with 96K power and an Alucard with 81K power and never spent a single cent on gems," said Reddit user XNeoRizerX.

"This is what happens when you build a mobile phone game around a crappy multiplayer mode no one wants to play. There's no incentive to play the game, so, therefore, no incentive to buy gems. If the solo and co-op content was stronger, this game might have survived."