The musical director behind it has resigned 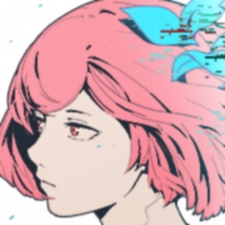 Rayark International's mobile title Cytus II has been removed from China due to a hidden Morse code tune.

As reported by the BBC, the music-rhythm game was removed from the App Store in mainland China. The removal occurred after a song by Hong Kong native Wilson Lam, a music director known professionally as ICE, was found on his Soundcloud account. It has since been removed, although variations can be found on YouTube.

The song has caused some controversy after internet users discovered a secret Morse code message within the music. It features the words "liberate Hong Kong, the revolution of our times," abd as a result, people on China's mainland called for the musician to be fired. However, the musical director has since announced his resignation. He claimed the song had "created controversy resulting in a wide discussion among netizens."

"Further collaboration with the artist will be stopped. We apologise for any impact from the incident and strongly condemn the action of the composer," said Rayak's mainland agent Dragonest Games in a statement.

It would be interesting to find out who deciphered the message, as the song was found on Soundcloud, an audio distribution platform that is banned in China. Therefore it would be safe to assume that it wasn't the work of someone from the country's mainland.

While those in central China may be against the message, Lam has received support via social media from people in Hong Kong. There are ongoing tensions between the countries, due to an ongoing struggle over Hong Kong remaining independent from mainland China.

Some Nintendo Switch games can only be played in portable mode