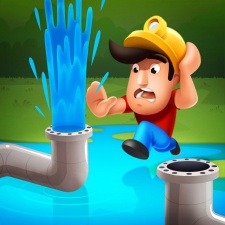 Pixel Federation has decided to tackle the Chinese market as it brings Diggy's Adventure to the country.

For the time being, the eight-year-old mobile game will only be available on iOS devices via the App Store. However, the company is already in talks with potential publishing partners to bring the game to Android devices in China.

Plans to bring Diggy's Adventure to China first began back in November 2017. To provide new players with the best possible experience, Pixel Federation translated the game into simplified Chinese.

Since its launch eight years ago, Diggy's Adventure has racked up more than 43 million players across 27 different languages.

"We are very excited to bring our most popular game to Chinese players and we hope to steal their hearts. China is a huge and fast-growing market and we are proud to become a part of it. It was a very long journey, but we are thrilled to look for new opportunities,” said Diggy's Adventure producer Filip Polasek.

“We are ready to flexibly address the Chinese market’s requirements in order to deliver the app to the broadest audience possible."