Confirmed for release in China 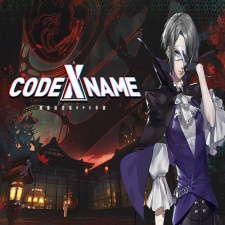 As detailed in Niko Partners senior analyst Daniel Ahmad's tweet, the game is for smartphones only and is currently known as Code Name: X.

"Perfect World says that they are creating an original mobile game adaptation of a famous Japanese console RPG series that has sold over 10 million units worldwide," Ahmad said.

He then went on to clarify that Perfect World had indeed confirmed to him that it is a Persona title that it is working on.

However, the game is in early development and has only been confirmed for a Chinese release, for the time being at least.

Chinese game company Perfect World has announced it is working on a mobile game for a famous JRPG IP.

While the game is only known as CODE NAME: X, it is very clearly a mobile game based on the Persona IP.

It is currently in early development and only confirmed for China atm pic.twitter.com/pM0BzrYQmX

Perfect World also announced 30 new games at a conference, many of which are based on Japanese IPs.

The Persona franchise has been around since the 1990s, since its first installment, Revelations: Persona, was released on the PlayStation.

Most recently, Persona 5 Royal was released in 2019 for PlayStation 4.