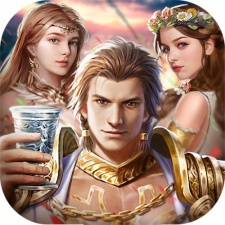 Funding for the post-seed round was lead by London game finance firm Triple Dragon, alongside a number of already existing angel investors.

The capital raised will be used to accelerate the development of new mobile titles (mid-core and core), on top of increasing user acquisition and marketing. A new studio will also be opened in the UK, with recruitment taking place for the former and the already existing studio in Istanbul. Hungri Games expects to have around 25 team members by the end of the year.

Founded in 2019, Hungri Games has worked on strategy role-playing games (SRPG) such as Gods of Gods: Age of Mythology and Legends of Khan. Both are said to have large player bases in the EMEA region, though no figures were disclosed.

"We're excited to launch our latest SRPG game God of Gods - Age of Mythology, taking the core RPG and strategy genre experience to a new level and to provide the best gaming experience for players around the world," said Hungri Games co-founder Kagan Berk Kocak.

"We are looking forward to supporting Hungri Games with the expansion of their portfolio and opening of a new studio in the UK."

The Turkish games industry has seen huge growth as of late. During April this year, 20 mobile games in the top 100 most downloaded titles in the US originated from Turkey.