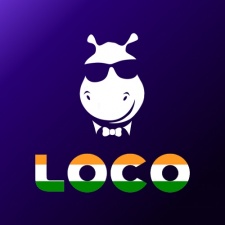 India game streaming and esports platform Loco has closed a $9 million seed round.

PUBG outfit Krafton led the round as part of its wider push into the Indian gaming ecosystem. Other participating investors included local VC Lumikai, Hashed, Hiro Capital, North Base Media, Axilor Ventures and 3one4 Capital.

Labelling itself the "Home Of Indian Gaming", Loco is available on browser and mobile apps but unsurprisingly given the OS' dominance in India, most of its audience uses the Android app.

As well as streaming its own games, users can follow some of India's biggest teams including Soul, TSM-Entity, SynerGE and Mayhem, while streamers such as Jonathan, Snax, Neyoo and Slayer provide exclusive content.

"Pre-2019, hypercasual games dominated the charts but post-2019 mobile arcade games like Battlegrounds IP and Freefire came into their own. Over 100 million users were actively playing these games on a monthly basis," Anirudh Pandita told GamesBeat.

"The demand for gaming content started to climb but there was no platform that brought streamers and viewers together. The Indian gaming community was clamouring for something homegrown and we released Loco as an answer to that."

Krafton recently revealed that it will look to raise $5 billion via an initial public offering. If it goes ahead, this would mean the company has achieved the largest IPO in South Korea to date.