Listing now expected to go ahead in August 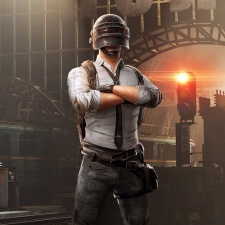 Update 2: Krafton has responded to PocketGamer.biz and has provided the following comment:

"Krafton was requested to submit a revised securities registration statement," said a representative for the company.

"With regard to this, in order to help the market to understand our company and provide transparent information to investors, Krafton has added details and disclosed a revised statement."

As reported by BloombergQuint, the South Korean company decided to lower its original proposed valuation of approximately ₩5.6 trillion ($5 billion) after concerns were shared about the listing price.

As spotted by Bloomberg, the PUBG maker will look to offer either 10 million shares, or seven million new shares and three million existing shares at a price of between $409.78 to $498.36 per share.

If it goes ahead, this would mean the company has achieved the largest IPO in the country to date.

A listing is reportedly set to take place on July 22nd, while the final pricing for shares is still being discussed but is expected to be complete by July 9th. The public offering could potentially value Krafton at around $25 billion - if investors agree to the deal.

Earlier this year, PUBG Mobile surpassed the one billion downloads milestone. The shooter originally launched on the platform in March 2017 and has continued to be a major player in the battle royale space.

Krafton now has two new titles based on the PUBG IP in the works, including a new battle royale known as PUBG: New State as well as Battlegrounds Mobile India, a new shooter aimed at the Indian market.

The latter of which came under fire as several Indian politicians called for a ban on the game.