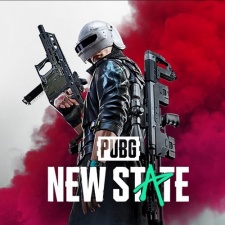 Krafton has revealed that PUBG: New State will launch worldwide on November 11th.

During an hour-long online showcase, Krafton announced that the game will launch on iOS and Android devices in over 200 countries.

Prior to the launch, a final technical test will be performed from October 29th to 30th in 28 countries, including Korea, Japan, Turkey, Thailand, and the Philippines.

During the showcase, the company revealed its post-launch support plans for the highly anticipated PUBG sequel, which includes a strong and consistent pipeline of new content, global service support and new anti-cheat measures.

New State will be launched as a free-to-play next-generation mobile game and promises to bring the "full and uncompromised" PUBG battle royale gaming experience. Set in the year 2051, Krafton assures players that New State will be one of the "most realistic and technologically advanced" mobile games to date.

At launch, the game will be available in 17 languages.

"PUBG: New State inherits the core of the PUBG IP and will have a competitiveness in and of itself on the global market," said Krafton CEO Kim Chang-han during the online showcase.

"Krafton will continue to produce games that will be enjoyed by players across the world. We’re committed to offering an expanded experience based on the belief that games will become the most powerful type of media."

Additionally, Krafton revealed that PUBG: New State has surpassed 50 million pre-registrations which originally opened when the game was first revealed in February this year, gaining an additional 10 million since last month.

According to Sensor Tower’s Q3 2021 data drop, PUBG Mobile is the most downloaded mobile game worldwide for the period, spurred by the release of Battlegrounds India.