Recently made available for pre-registration in PUBG-crazy India 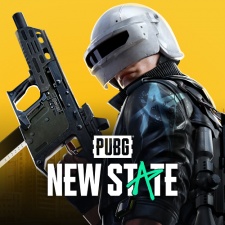 The pre-registrations have been secured on the App Store and Google Play following the game’s second alpha test in 28 countries in August.

PUBG: New State is being developed by PUBG studios, creators of the titular battle royale. The title aims to replicate the original PUBG: Battlegrounds experience, making it a more realistic battle royale experience.

Krafton recently opened pre-registrations in India which caused a significant surge in the numbers.

The game’s predecessor, PUBG Mobile, was banned in the country amid government concern regarding Chinese conglomerate Tencent’s involvement in the distribution of the game.

Battlegrounds Mobile India was subsequently released earlier this year in the country, solely developed and published by Krafton.

Krafton is scheduled to reveal the launch date for PUBG: New State in October.

"We’ve been able to achieve this level of success because of fan enthusiasm globally and their belief in PUBG Studios work," said Krafton executive producer Minkyu Park.

"We’re now focused on taking the valuable feedback we received during PUBG: New State’s Second Alpha Test and polishing the game before its official launch later this year. We are devoting all our resources to ensuring PUBG: New State meets the expectations of our fans, both in terms of entertainment and stability."

Across the past two months, PUBG Mobile has taken the lead as the highest earning mobile game, recently generating $270 million in August 2021.