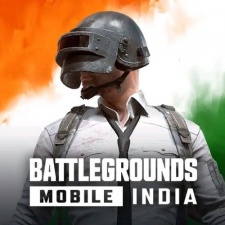 Battlegrounds Mobile India has reached 34 million registered users within 10 days of being launched.

Announced in May this year, Battlegrounds Mobile India is developed and published by Krafton as an alternative to PUBG mobile and is exclusively available in India to Android device users.

The game was released on July 2nd, 2021 and has reached 16 million daily average users with a peak of 2.4 million concurrent users (as confirmed via Twitter). The figures highlight the intense demand for the series in India.

Pre-registration for the title had surpassed over 20 million within two weeks on the Google Play store.

The release of the game follows a ban of over 100 mobile apps and games in India last year citing privacy and data concerns.

In September, PUBG Corp confirmed that it had cut publishing ties with Tencent in India and had published the new title independently. Tencent, the publisher of PUBG Mobile, pulled the former from app stores in the country last November following the government ban.

Prior to the launch of the new PUBG, Indian politician Ninong Ering called for the mobile replacement to be banned, stating concerns that there is a: "very high potential of a breach of privacy and cybersecurity of our citizens."