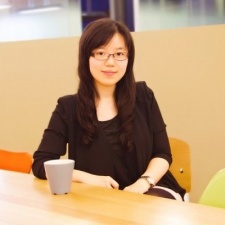 Quality assurance is one of the underpinning principles when developing a mobile game.

QA testing is used to ensure that the product in question matches the standards expected by the company and also the consumers.

Speaking from Shanghai, WeTest’s (part of Tencent) Connie Fu and Gunther Gong explained the indispensability of QA testing throughout the lifecycle of a mobile game, highlighting how consistently improved quality increases the profitability of a game.

Reflecting on the trials and tribulations the mobile games industry faced since the start of the COVID-19 pandemic, they discussed the effectiveness of increased and continued QA testing during the operational stages of a mobile game’s lifecycle.

Automated testing and AI testing were utilised in these processes to expand the efficiency of the testing team, allowing for constant real-time monitoring.

"Many mobile games struggle to acquire new players and maintain loyal users, finding themselves to be easily replaced in a highly competitive and often diluted market," said Fu.

"Whilst budgets were limited some developers allocated more to boost innovation, sacrificing quality. Ultimately this caused revenue and user experiences to be below expectations."

"During the operational stages of games, we need to monitor real game time performance and conduct repeated testing to identify and resolve issues faster. Thus ensuring a stable gaming experience for players over time."

"Even after the release and distribution of a game, the testing process is not done yet," said Gong. "Compatibility testing and social listening should be conducted repeatedly as this can ensure a consistent high-quality user experience."

Fu advises teams to start QA testing “as early as possible” when developing a mobile game, as it is the key to reducing cost and boosting revenues.