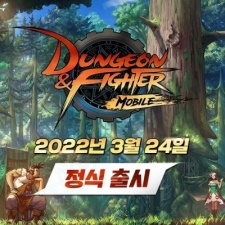 Japanese mobile games publisher Nexon has revealed that it is bringing its longstanding Dungeon & Fighter IP to mobile for the first time.

The mobile game is due to be released in South Korea on March 24 2022. The announcement was made by the game’s general director Myeongjin Yun and heads of development Wonman Lee and Sungtae Ok.

According to GamesBeat, the game was first due to be released in China in 2020 but has faced multiple delays.

The mainline game in the series, Dungeon & Fighter Online, has surpassed over 850 million players since its launch in 2005 and was reported to have generated over $15 billion in May 2020. A launch on mobile likely further boost the IP's popularity due to its increased accessibility over other platforms.

The firm has stated that Dungeon & Fighter is the first of three new "virtual worlds" planned for release in 2022, with the other two being KartRider: Drift and the first game from Nexon's Embark Studios located in Sweden, ARC Raiders.

At the start of the year, Nexon invested $400 million into film and TV production firm AGBO, a studio led by the Russo brothers best known for their involvement in the Marvel Cinematic Universe.