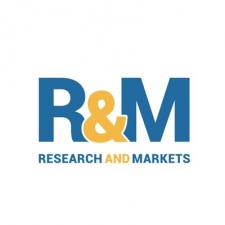 According to a new report from Research and Markets, the Asian mobile games market is projected to reach $86.6 billion by 2027.

In its report, Research and Markets outlined that mobile gaming is the fastest growing division of digital entertainment, outlining that although smartphones have greater user penetration in the regions, tablets provide a better user experience that can "compete well" with the console markets, with the potential to overtake consoles in the future.

The firm noted that this is because tablets provide a more attractive platform for midcore games, as opposed to the appeal of smartphones to casual mobile game players.

Furthermore, compared with mobile phones, tablets generate higher rates across monetisation, microtransactions, and advertising. Despite this, smartphones still dominate the mobile games market in Asia, with other mobile devices experiencing "substantially slower" growth in the regions.

Although males dominate the market, female players are growing 60 per cent faster and are expected to equal males within the next decade.

Research and Markets suggested that as mobile games companies have acquired millions of users the focus has now shifted to user retention, as opposed to innovation.

As a result of this, the market research firm suggested that this has caused a "drop in loyal users" in Asian countries, due to the lack of new games.

Additionally, the firm stated that mobile game business models have transitioned from a focus on free-to-play to "freemium", games that are initially free but later require purchases, and that this in turn has given rise to the popularity of social casino and real-money games.

Last month, Pangle and Newzoo released a report that compared and contrasted the differences between mobile RPGs in Eastern and Western markets.