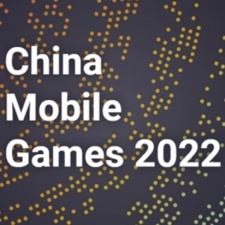 In the report, predictions are made as to where growth will come from in the future and potential impacts on the industry, in addition to the highlighting of presently popular segments. The top mobile games, smartphone ownership, and market trends following the pandemic are also discussed.

Research and Markets notes that China is worth one-third of the worldwide gaming market on mobile, and projects that its mobile and PC gaming revenue will reach $55.23 billion in 2026 with a five-year CAGR of 4 per cent. Last year, tech conglomerate Tencent alone made revenue of almost $33 billion.

However, the Chinese playerbase saw a drop in 2021 by 3.7 per cent year-on-year, falling to 706 million. This is considered by Research and Markets to be a result primarily of younger gamers exiting the market as strict regulatory measures were introduced in the country, with Tencent reporting that minors accounted for only 1.1 per cent of its domestic games grossing receipts in September 2021.

The new rules introduced permit under 18s to play games for merely three hours per week, although there is considerable movement from tech firms to recant the regulations.

In China, a freeze on new game licenses also occurred last year and resulted in around 14,000 development studios closing down. China also prohibited the livestreaming of unauthorised games earlier this year almost immediately following lifting its freeze on games licences, which came after nearly a nine-month hiatus.

The bad with the good

Research and Markets expects the playerbase to start growing again, albeit marginally, up to 730 million in 2026. It also highlights China as having the most developed esports market in the world by audience size. PUBG Mobile specifically sees 57 per cent of total player spending coming from the Chinese market, although the first quarter of 2022 saw a decrease in revenue for the game and the shooter genre as a whole.

After May 2022 saw further declines in Chinese game market revenue, the National Press and Publication Administration approved 60 more games for the Chinese population on June 7.

A recent Sensor Tower report found that, for the first time in history, the year-over-year revenue from mobile games saw a decrease in Q1 of 2022.