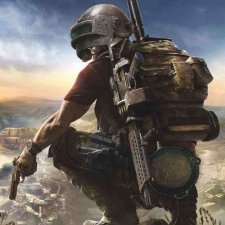 Tencent’s PUBG Mobile has exceeded $8 billion in its worldwide player spending since launch on the App Store and Google Play Store, according to Sensor Tower.

Surprisingly, the first quarter of 2022 saw a decrease in revenue for PUBG Mobile, the lowest since 2020 and supporting Sensor Tower’s recent assessment that Q1 2022 was the first time mobile game revenue has ever fallen.

The shooter genre specifically has seen the steepest decline, falling by 14 per cent year-over-year to $1.4 billion.

Despite this, PUBG Mobile has remained amongst the top revenue-generating games worldwide, coming in second behind Honor of Kings during the first quarter of 2022 and accumulating $650 million in this time.

In China alone, PUBG Mobile has made $4.7 billion in lifetime revenue, equating to roughly 57 per cent of total player spending (excluding third-party Android stores). Furthermore, even if revenue from China is excluded, the title still ranks sixth for global player spending.

Sensor Tower’s report adds that the App Store accounts for the vast majority of PUBG Mobile’s revenue, making up approximately 81 per cent of player spending.

PUBG Mobile's $8 billion revenue landmark is impressive but unsurprising, and Krafton recently revealed that the title accounted for 75 per cent of all revenue in Q1 2022.