The battle royale jumped ahead by almost $70 million 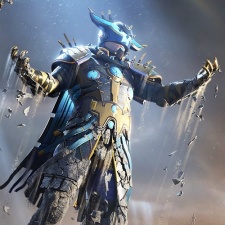 PUBG Mobile generated the highest amount of consumer spending for July 2021, ending Honor of Kings' four-month reign at the top.

As mentioned, Honor of Kings secured second spot at $231.2 million in gross revenue, over $40 million less than the previous month. It should be noted that both PUBG Mobile and Honor of Kings fall under Tencent's ownership.

The fall in revenue for Honor of Kings can be attributed to further playtime restrictions from Tencent in China, where players generated 94.7 per cent of total revenue for the month. This prompted criticism from state media that named Honor of Kings as a threat to the country’s values.

The US contributed the highest percentage at 29 per cent, or approximately $2.2 billion. Japan grabbed second at 19.8 per cent, while China ranked third at 17.4 per cent. Google Play is not active in China and therefore the figures recorded are exclusive to the App Store.

Following a ban of the game in India last year, Krafton published an India exclusive version of PUBG Mobile last month, Battlegrounds Mobile India, which shot to 34 million users in its first 10 days.