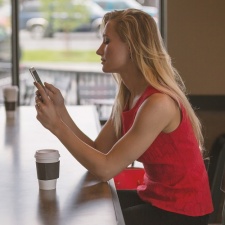 PUBG Mobile has topped the list for the highest global revenue in 2020 so far at $2.6 billion, according to Sensor Tower.

The battle royale shooter from Tencent, which incorporates the Chinese localised version Game for Peace, has risen by 64.3 per cent year-over-year to storm to first spot across both the App Store and Google Play.

Tencent continued to make its mark as Honor of Kings from the company secured second spot at approximately $2.5 billion in player spending, representing a 42.8 per cent lift over 2019.

Pokemon GO continued to capture interest, following in third at $1.2 billion and growing by 31.5 per cent over the previous year. Niantic's worldwide catch 'em all reached $4 billion in lifetime player spending in November - cementing its best year since launch.

Roblox then grabbed fifth position with over $1.1 billion, similarly seeing a massive increase under the worldwide pandemic and subsequent lockdowns. The MMO is on course to nearly doubling its mobile revenue for all of 2019.

Monster Strike from Mixi is the next closest game at $958 million, a 2.8 per cent rise year-over-year.

In comparison to other years, only three titles in 2019 managed to achieve the $1 billion milestones (Honor of Kings, PUBG Mobile and Fate/Grand Order). This was the same for 2018 too, however Monster Strike replaced PUBG Mobile, showing its huge growth over the last two years.

The mobile games market as a whole has generated close to $75.4 billion in 2020 so far, representing an enormous leap of 19.5 per cent when compared to 2019.

While Tencent has topped the overall number for revenue in 2020, Honor of Kings managed to swoop in and steal the accolade for the top-grossing mobile title in November.

This hasn't stopped PUBG Mobile's esports program from offering a $14 million prize pool in 2021, the highest number put up for grabs in the history of mobile esports.