PUBG Mobile is the highest-grossing for a second year 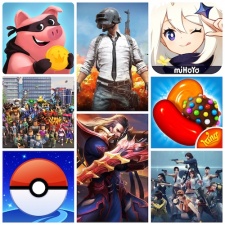 As many as eight mobile games have generated more than $1 billion in consumer spending so far in 2021.

According to Sensor Tower, the revenue was generated between 1 January 2021 and 14 December 2021 across the App Store and Google Play.

The highest-grossing titles this year were PUBG Mobile and Honor of Kings, both from Tencent, which generated $2.8 billion in player spending each, a rise of 9 per cent and 14 per cent respectively.

The third-highest grossing game was Genshin Impact from Mihoyo, which generated $1.8 billion this year. Since its launch in September 2020, Genshin Impact has generated a total of $2.4 billion on mobile devices alone.

Placing sixth is Pokémon Go from Niantic, which is streamlined for its best year to date at $1.2 billion. In the seven months from November 2020 to July 2021, Pokémon Go generated $1 billion in player spending, averaging its earnings at $1 billion each year.

In seventh and eighth place are Candy Crush from King and Free Fire from Garena, generating $1.2 billion and $1.1 billion respectively.

Before the end of the year the total number of unicorn games may yet reach nine, with Uma Musume Pretty Derby from Cygames generating $965 million since its release in February 2021, despite only being available in Japan.

By the end of the year, Sensor Tower has forecast that mobile games will generate a total of $89.6 billion in worldwide player spending.