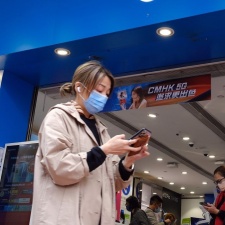 As reported by Xinhua, China saw stable growth in the mobile gaming industry during Q1 2022, with the sector surpassing ¥60.43 billion (approximately $9.13 billion) in revenue.

The revenue during the quarter was up by 2.72 per cent year-over-year and, more dramatically, by 9.28 per cent compared to Q4 2021. This was even despite the removal of Roblox’s LuoBuLesi app from the Chinese market in the first quarter, and following a successful 2021 for Netease and Tencent in particular.

Meanwhile, in overseas markets, games developed in China made revenues of around $4.55 billion, which was a decrease of 0.54 per cent from the previous quarter.

Back in January, Moonton revealed that Mobile Legends: Bang would release its first-ever NFT collection named The Aspirants, although the firm faces renewed legal action by Riot for copyright infringement.

Since the end of the first quarter, China has appeared to have ended its freeze on new game licences, having approved 45 new games in April for the first time in almost nine months.