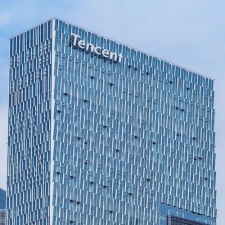 For the three month period, domestic games revenues increased one per cent year-over-year to $4.64 billion, for which flagship mobile title Honor of Kings was a key driver. Most recently, Honor of Kings was the highest-grossing mobile game worldwide for February 2022.

The company also cited recently launched titles, Fight of The Golden Spatula and League of Legends: Wild Rift, for the increase and the offset of revenue declines from Moonlight Blade Mobile and Peacekeeper Elite.

In contrast, global games revenues grew 34 per cent to approximately $2.07 billion, with Clash Royale, Brawl Stars, and PUBG Mobile being key contributors to this growth. Additionally, the company stated that PC title Valorant was also a strong contributor to international revenue growth.

Overall, games accounted for approximately 29.6 per cent of the company’s total revenue for the period, with other income generated from its other operations, such as social media, advertising, and internet services.

The company stated that despite "financial headwinds" it still managed to expand its international games operations in 2021, such as the launch of publishing outfit Level Infinite and investments into global companies, including a company-led funding round for user-generated content platform Mod.io.

"2021 was a challenging year, in which we embraced changes and implemented certain measures that reinforced the Company’s long-term sustainability, but had the effect of slowing our revenue growth," said Tencent chairman Ma Huateng.

"We are proactively adapting to the new environment by managing costs, increasing efficiency, sharpening our focus on key strategic areas, and repositioning ourselves for sustainable long-term growth."

Going forward, the company has stated that it will continue to grow its existing portfolio of international titles through "deepening market penetration", operational optimisation, and product enhancements. Furthermore, the company plans to continue releasing new games that it expects will drive revenue growth in 2023 and beyond.

At the domestic level, Tencent has faced multiple challenges throughout 2021 with regards to a shift in state-imposed regulations that limit the amount of time that minors can play games.

The tighter regulations have also had a negative effect on domestic revenue, however, the firm believes that by the second half of 2022 it will have had enough time to "fully digest the impact" of the updated regulations concerning “minor protection".

"We believe we will benefit from more new game launches when there are new releases of Banhao," stated the company.

Tencent's revenue up 28 per cent year-on-year as it generates $31.5 billion