Distribution to 7,000 random Neopin wallet holders ahead of March 25 launch 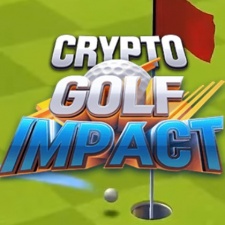 As part of Crypto Golf Impact’s pre-release marketing, game developer Neowiz will launch a large-scale airdrop campaign in which 7,000 random Neopin wallet holders will cumulatively receive almost $150,000 worth of Klay.

Neowiz has partnered with Klaytn Foundation and Neopin for the distribution which will take place on March 25 ahead of the game’s official release next month.

Powered by the Neopin blockchain platform, Crypto Golf Impact has received marketing support from Klaytn and was built on its mainnet.

Registrants are able to participate by completing outlined tasks on the event page, such as by following the Klaytn and Crypto Golf Impact official Twitter accounts. A total of 7,000 users will be randomly selected, each receiving the equivalent of $20 in Klay tokens.

In the lead-up to the distribution, the pre-release campaign is starting today, March 14, and ending on March 23.

"We are proactive in the development of blockchain games and keen on retaining the core gaming 'essence' while providing the natural blockchain experience," said Neowiz. "We are working closely with the Klaytn Foundation and other partners to achieve global success in the market."

Crypto Golf Impact is a mobile sports game and a revamp of Golf Impact with blockchain integration. Neowiz intends to release more play-to-earn titles in the second quarter of 2022 on the Klaytn-based platform.

"Starting with our support for Crypto Golf Impact, our initiative is to facilitate their acclimation into the ecosystem within the blockchain gaming market, all the while actively supporting other game developers in their integration of blockchain technology," said Klaytn.

Two other titles expected to be showcased on the platform soon are Brave Nine and A.V.A.

Neowiz to bring Golf Impact and Brave Nine to the blockchain