Bytedance announce “TikTok made me play it”, an event to push the social media app's use in game promotions 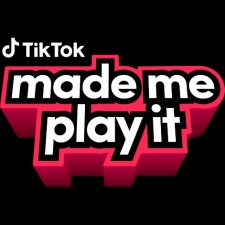 For a certain age range, mainly those in their late teens and early 20s, TikTok has become the go-to social media platform. The fastest growing social media app in the world at one point is based on an app for the Chinese market called Douyin and features videos ranging anywhere from 15 seconds to ten minutes long. Users can post whatever they want, so long as it doesn’t contravene the terms of service, and in many cases gaming content has been a major feature.

The phrase “TikTok made me buy it” is quite popularly known, and with the rise of social media influencers on other platforms and now at an event taking place on November 2nd, parent company Bytedance are looking to leverage that promotional appeal with their “TikTok made me play it” event, to promote the use of the app to game developers and publishers.

“In this immersive gamified summit, you'll hear from TikTok's head of global gaming, Assaf Sagy, about the state of gaming, and how and why publishers are building their games as entertainment properties,” the announcement reads. Clearly attempting to push how significant the audience potential for advertisers, developers and publishers is.

TikTok made me do it

The event will be hosted as a live stream, allowing viewers from across the globe to engage. It will include speakers from a variety of publishers and developers, such as Head of Brand for The Sims at EA, Julia Victor, Senior Director of Creative marketing at Playtika, Naor Itzhak and Chief Product Officer at Homa Games, Iona Hreninciuc. The strong presence from mobile is not surprising given TikTok’s main use is via smartphones, so leveraging an already engaged mobile audience is in their best interest.

The presence of a number of TikTok gaming influencers is also telling, with Bytedance likely to promote their audience and its interest in gaming as a serious contender for consideration from advertisers.

It’s not the first gaming event TikTok has hosted, as it presented their #GameTogether event last year which pitted pro gamers against influencers. In the past, the phenomenon of the proto gaming influencer or “Let’s Player” has seen major figures on YouTube noted for their ability to elevate a game’s popularity by showing it to their audience, and TikTok is no different.

However, this is an event solidly aimed at the business community, with TikTok likely aiming to further diversify their revenue stream from advertisers and other business interests to help grow the platform.

TikTok recieves seven-day extension to sell its US operations