Can't make new games? Try some old ones. The Chinese giants are rereleasing a slate of lapsed IPs in the wake of the licensing slowdown 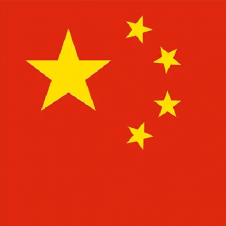 NetEase and Tencent have announced the relaunch of several lapsed IPs, reports Gamedaily.

NetEase announced the restart of MOBA Endless War Zone on December 21, as well as announcing that Secret Realm Showdown would restart operations on January 6.

These relaunches come in the wake of NetEase ending its partnership with Blizzard, with the company losing the publication rights for a number of Blizzard titles such as World of Warcraft, Overwatch, and Hearthstone. Crucially, Secret Realm Showdown shares notable similarities with Hearthstone, indicating that NetEase are looking to emulate the game’s success with this relaunch.

Tencent are also rereleasing the MMO My Origin, which was originally developed by Perfect World Games, as well as Legend of the Civet

Why are publishers resurrecting older titles?

A major factor in the decision could be the contraction of China’s gaming market, brought upon largely by the sharp decline in game licenses approved by the Chinese government in 2022. Game Daily data shows that just 384 game licenses were approved in 2022, a 51 percent decrease from 755 in 2021 and a 96 percent decrease from 9633 in 2017. Resurrecting lapsed IPs can help publishers circumvent this issue.

Despite this, the fact remains that resurrecting an IP isn’t a guarantee of success. While it does reduce development costs, and the product has already been verified by the market, the fact remains that a publisher will often abandon an IP which fails to live up to expectations. As such, developers and publishers need to consider where the game fell short previously, and whether or not it can find success.

While developers can add new features to lapsed IPs, regulations state that a game can only be classified as a rerelease if new content falls below a certain limit, meaning that game makers need to rely largely on the original game. As such, while a few successes are possible, it's likely that this will act largely as a stopgap measure until the Chinese market stabilises, allowing for more games to be licensed.

We listed Tencent and NetEase as two of the top 50 mobile game makers of 2022.