"Blockchain tokens that provide real utility are the future." 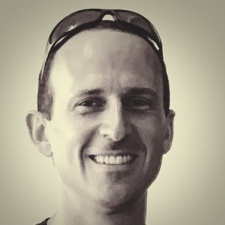 The next event in our global networking series Pocket Gamer Connectstakes place in Jordan just over a week from now, so be sure to grab your tickets to join us! Ahead of the conference, we are introducing you to some of the speakers who will be appearing over the two days.

We spoke to Alun Evans,CEO and co-founder of Freeverse.io - the home of Living Assets (NFT 2.0) ahead of his talk at the conference.

Alun has over 15 years' experience in the tech industry for entertainment, and has a strong passion for building teams with a strong collaborative culture, that are focused on creating products that solve genuine problems. He was previously CEO of Shar3d.io, CTO of Bodypal.com, and Director of Barcelona World Race - THE GAME. Alun has a Ph.D. in Medical Physics from University College London.

PocketGamer.biz: Please give us a summary of what you’re speaking about and why it’s important

Maximising long tail revenue using Web3: a frustrated punk bassist's legacy. The 'long tail' of game revenue is a well-understood phenomenon in the Free-to-Play world, and many studios dedicate considerable resources to increasing either its height or its length. Web3 approaches offer a new way to tackle this problem, as they permit secondary markets of in-game assets, which allow the game creator to charge a commision on the resale of each item. But web3 ownership is currently limited in scope due to the static nature of the underlying tokens, which have mostly been used in games purely as 'collectibles'. In this talk, we'll explore how integrating digital ownership based on 'Living' web3 assets can provide an alternative approach, increasing retention and maximising long-tail revenue.

What do you think the next big disruptor in mobile games will be?

I think that true digital ownership of in-game items – and allowing them to be bought and sold among users for hard currency – is going to be the biggest disruptor. It allows users to extract value from the game economy, but also permits sky-high retention values and more opportunities for monetizing the ‘long tail’ of game revenue.

What is the most overhyped trend from the last 12 months - and why?

Tradable ‘collectibles’ and ‘blockchain games’ are overhyped – the model is not sustainable as it relies on market speculation as a core mechanic. Trading of items for hard-currency only makes sense when the user can influence the value of the item (for example, by customizing it or upgrading it) so that it’s value is based on its utility i.e. ‘earned value’.

What key trend should we be paying attention to in the next 12 months?

‘The metaverse’ is still waiting for a killer-app, but there is so much interest in it at the moment, that I think it’s a matter of time.

What role do NFTs play in the future of games?

NFTs as collectibles will only ever have a niche interest. But blockchain tokens that provide real utility are the future.

Can people get in touch with you at the event? What sort of people would you like to connect with?

Absolutely! Find me to chat about everything regarding digital ownership in games.

Video interview: Freeverse.io on living NFT assets and play-to-earn as a short-lived solution