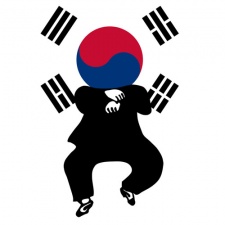 With that in mind, we've partnered with Korean games agency Latis Global Communications to provide a regular opinion piece - we're calling it The News Gangnam Style - about developments in the highly successful Korean mobile game industry.

If you ever thought about heading in to Korea, or read any industry news, then you've probably heard Kakao come up in conversation.

The messaging app shattered their 2013 revenue ($203 million) in the first quarter of 2014 by bringing in $547 million, a majority of which came from digital content including games on their now famous platform, KakaoGame,

What started with just a few titles including SundayToz's Anipang  and Next Floor Corp's Dragon Flight  has grown into the most influential gaming platform in Korea.

Yet, aside from the advice that developers looking to enter Korea "need" Kakao, the scope of the platform is still poorly understood. So this is the rundown on Korea's biggest platform, and what it holds for the future of mobile games in Korea.

One platform, many products

One of the many reasons Kakao has been so pervasive is that its platform is host to a whole brand of social products. Some are more popular than others, but here is a brief overview of the 13 core services Kakao currently offers:

It's no secret that KakaoGame has been the real driver of revenue for the company.

The company takes a steep 21% cut of the total revenue, on top of 30% that Google Play and AppStore take, leaving developers with less than half of their game's gross revenue.

So why would any developer use them then?

So far, KakaoGame has driven over 500 million downloads on iOS and Android. As of May 2014, all of the 450+ games on the platform had reached the Top 10 downloads on Google Play. The results speak for themselves, but it's the "how" we are concerned with.

All of the 450+ games on Kakao reached the Top 10 downloads on Google Play.

Kakao's other platforms have a lot to do with that success.

By integrating a wide range of services, they've managed to create their own unique social graph - one that leverages word of mouth marketing in an ingenious way. Every Kakao game, in some way or other, is mapped onto the Kakao social graph.

This is most evident in the way it leverages social push notifications.

Almost every game comes with some form of an energy mechanic allowing users to get more turns if they send their friends a message inviting them to play the game. They can also connect with players already playing the game and ask them to send them more turns.

Popular games hardly even need actual push notifications with a user network readily available to remind their friends that it's time to play.

A good example of this is the game Monster Trainer, which awards bigger prizes to users who invite more people into the game. The game mechanics also mean that the more friends you have, the more easily you can conquer dungeons since having a friend enter battle with you literally increases your damage and tanking ability by 100% at the very least.

But after two years and now hundreds of games on the platforms, there is some concern about the platform.

Any platform that accrues hundreds of titles is inevitably going to run into problems with discovery. More options may be great for customers and access, but it doesn't mean your game is going to be easily found.

The recent decision to release two games per week through the channel is only compounding the issue.

It is precisely this reason (and the high entry tax) that some companies have stayed away from the platform. Gamevil and Com2Us, for example, have always ensured their strategy has included games that are outside of the Kakao sphere of influence.

Supercell has taken a no-Kakao policy on its games.

Finnish developer Supercell has taken a no-Kakao policy on its games as well, becoming the first major successful foreign developer to do so in Korea.

A future of powerful partnerships

I commonly get asked if Kakao will stand the test of time, or if diminishing returns on discoverability will ultimately see its influence fade. Only time will tell, but Kakao is doing everything to make sure it stays relevant.

Cementing its role as Korea's most powerful game platform, and likely positioning against LINE and the power of Naver, Kakao has made some extremely powerful friends this year.

In spring of 2014, they announced a merger with the search engine Daum. Though it is the country's third most popular search engine, this partnership means access to its two major ad networks: TNK Factory and Ad@m.

TNK Factory is a mobile, reward-based CPI advertiser and one of Korea's bigger ad networks. Ad@m focuses on banner ads for both mobile and web. Along with the ad networks is Daum's powerful commenting system.

This is where Kakao's other services become interesting, particularly KakaoStory. If Daum integrates the KakaoStory platform into its commenting, much like commenting on a news article with Facebook, it will likely give Kakao even more leverage.

So, if you were to ask me now, I'd say hedging your bets on Kakao is still a strong play.