A rising market in Asia 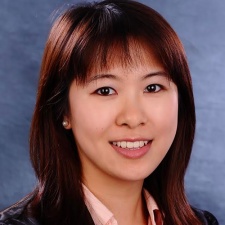 Canada or Australia are often popular countries for developers to soft launch a game. As for official launch, USA, UK, Japan are common launch countries.

Yet has Hong Kong (HK) ever crossed your mind?

Hong Kong as a whale market

According to Consumer Barometer, Hong Kong is well connected in the mobile scene with high smartphone penetration (79%). In fact, it is number three in APAC after Singapore and South Korea.

As a mature mobile market, there’s also high concentration of hardcore gamers in HK. Hong Kong gamers have high purchasing power, with ARPPU (average revenue per paying user) being the highest in the world.

Hence If you’re looking for heavy spenders, you can consider Hong Kong.

While the top charts are dynamic, popular game genres remain roughly the same all year round.

When we compare Hong Kong Android Top grossing on mobile with Taiwan, we see an overlapping of the majority of titles, broadly across Martial Arts titles, with MMORPG.

What stands out in Hong Kong are soccer games like BFB by nxTomo, and board games like Game of Dice by JoyCity. They are not typical RPG games, yet they sustain their revenue by excelling in running LiveOps, offering gachas and localising marketing.

Global titles have succeeded in Hong Kong... and stay for a long time

As you see from the Top Grossing Android apps on Google Play in Hong Kong, it’s obvious that many games are global titles. One important highlight is that those games have been popular with active gamers for more than a year.

Yet, something is missing. Where are the Japanese titles? We’ve just scratched the surface.

A segment of Hong Kong gamers have vested interests in Japanese games. They love to download and play with the original Japanese versions, and spend using Japan gift cards. Therefore, publishing Japanese titles or IPs in Hong Kong can become a huge opportunity.

Korean and Mainland Chinese developers are joining the party

This year, we also see more Korean and Chinese developers emerge, namely Nexon, Netmarble and Joycity from Korea, and Elex, IM30, and Perfect World from China.

More developers from these regions are increasing their investment in Hong Kong, for example, hiring local agencies to organise events, do massive promotions, and engage with gamers.

Checklist to succeed in Hong Kong

5. Make good use of analytics

Reply
Greg Quinn CEO/Lead Developer at Meltdown Interactive Media
Hi Jennifer, thanks for the post. Are there any Hong Kong publishers you could recommend to get in touch with for marketing/distributing a game in Hong Kong specifically?
Posted 5 years, 9 months ago