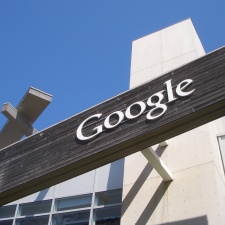 The European Parliament passed the Digital Markets Act earlier this month and, with the legislation applicable both throughout the EU and for companies based elsewhere, Google has now confirmed its recognition of said legislation by allowing the use of alternative billing systems.

The multinational tech company acknowledged that its app store Google Play will be required to comply and adjust its operating model for users in the European Economic Area (EEA).

In compliance with the new rules, Google has announced that for non-gaming apps, developers will be able to offer users in the EEA an alternative billing system as long as they meet appropriate user protection requirements.

Service fees will still be applied "to support [Google’s] investments in Android and Play", although reduced by three per cent.

This means that, in most cases, developers would be charged a 12 per cent service fee on transactions made through alternative billing for EEA users – in cases where those players were first acquired via Google Play’s platform.

Throughout Google’s statement, the company reinforced that these changes apply to non-gaming apps. Google intends to continue with Google Play’s billing systems for games distributed to players inside and out of the EEA for now, but did share that it expects to expand alternatives for gaming app developers in the future – specifically for users in the EEA.

As noted by Game Developer, following Google’s announcement, Epic Games CEO and founder Tim Sweeney warned in a tweet to "beware of Google PR representatives giving talking points like this" as "simply lies now", adding "they’ve done it to us before".

When the European Parliament passed the Digital Services Act and the Digital Markets Act, the legislation was confirmed to be coming into place this autumn.