Nazara could be gearing up for IPO, but why should you take notice? 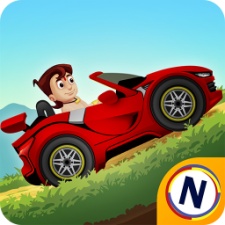 It has been reported by sources close to Nazara Games that the Mumbai-based mobile game publisher is gearing up for an IPO before the end of the financial year.

If this turns out to be true, Nazara would be making history as the first Indian games company to go public.

But more than this, reports suggest that the publisher will aim to sell shares worth $157 million, with an overall company valuation between $470 million and $550 million.

For a company that remains little-known in the West, that may raise a few eyebrows. For context, Vikings: War of Clans developer Plarium was recently acquired for $500 million.

So why might Nazara be valued so highly and why is its potential IPO worth keeping an eye on?

First things first, the primary reason for Nazara's relatively low global profile is its complete focus on the Indian market.

Established in 2004, the Mumbai-based firm started out by launching feature phone games for the Indian market. In recent years, it's brought this local approach to the free-to-play smartphone gaming space, now addressing an enormous potential audience of Indian mobile users.

Partnerships with local brands have been a major part of Nazara's strategy.

Partnerships with local brands have been a major part of the company's strategy so far. In November 2015, Nazara's Chhota Bheem Race - based on the popular Indian cartoon series - became the first Indian-developed game to top the country's Google Play game download charts.

And with Android enjoying well over 90% of the market share in India, Google Play is the platform that really matters.

What needs to be understood about the Indian mobile games market, however, is that being number one in the download charts does not represent the same grossing boost as in other markets.

For a variety of complex reasons, from infrastructure to culture, Indian mobile game spend remains quite low.

But there has been growth, with other metrics like downloads and player engagement also on the rise, which has given App Annie reason to predict $1.1 billion in Indian mobile gaming revenues by 2020.

It's partially a reflection of this current situation that Nazara prides itself so much on downloads, crucial audience-building as the market matures, but has relatively poor grossing positions.

Most only make the grossing charts within their own specific category - RCB Star Cricket peaked at 45th among sports games, Chhota Bheem Speed Racing at 17th within casual games - and for a brief period of time.

Chhota Bheem Speed Racing has been one of the more consistent in this regard, launching in February and most recently recording a grossing position of 91st within casual games on Google Play in India. It also boasted 500,000 DAUs soon after launch.

But generally, the drop-off - in terms of both downloads and grossing - is steep and quick. This is bad by Western F2P standards, but a lack of IAP revenues means that live ops is not so important to Nazara's strategy.

Instead, Nazara's strategy is about a volume of releases, each of which generate a short, sharp burst of installs. It's also worth noting that advertising is a major source of revenue for mobile games in India, and that this is not accounted for in grossing charts.

This represented a compound annual growth rate of 40% over four years, showing that the company is growing as the Indian gaming market matures. With more than 22 million downloads in 2016, it was also the fastest-growing mobile games publisher by downloads in India.

Not resting on its laurels, it has also made a number of investments in 2016 and 2017, beginning with London studios TrulySocial and Mastermind Sports (in which it now owns a 26% stake) and more recently in Indian cricket game developer Moong Labs.

“The global mobile cricket gaming market is underserved within the sports gaming segment," said Nazara CEO Manish Agarwal after investing in the latter.

Between these investments and its partnerships with high-profile players and teams, it's a market that Nazara seems intent on owning.

One for the future

If reports of the company's IPO are well-founded, then, anyone buying shares will be investing in potential.

A Western company with Nazara's mobile game revenues would not be valued anywhere near so highly, but Nazara has spent the past few years positioning itself for success when the Indian market takes off.

"We believe that the Indian mobile gaming market is going to explode because of all macro indicators favouring the downloading of games," Manish Agarwal told PocketGamer.biz back in 2016.

"Nazara as a publisher is committed to bringing quality, relevant, and innovative game genres to millions of mobile gamers.

"And since mobile game monetisation is still in a nascent stage, Nazara is working with developers as investor and publisher to ensure that good teams and great ideas don’t lose out while Indian consumers start forming habits of IAPs and last-mile micropayment infrastructure becomes ready to enable them."

If others also believe in this upcoming explosion, and are willing to invest in preparation for it, then Nazara's potential IPO could well be a great success.