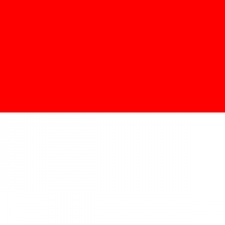 With the largest population in Southeast Asia, Indonesia is the biggest mobile games market by both revenue and players. In fact, the number of mobile gamers in Indonesia is set to exceed 100 million in 2019.

Despite being the largest market and seeing strong growth in 2017, Indonesia has the second lowest ARPPU in the region.

This is primarily due to the country having the lowest internet penetration in the region as well as Indonesian gamers not having as much disposable income to spend on games. Once that rate begins to rise and gamers spend at an increasing rate, Indonesia will be an even more important market globally.

We took a look at the top 10 mobile games across iOS and Google Play by download and revenue for January 2018 in order to provide a snapshot of the most important games and trends in Indonesia’s mobile games market.

Mobile Legends is a 5v5 MOBA game developed by Moonton and is currently the number one game on both the download and revenue charts.

Mobile Legends has more than three times the downloads and two times the revenue of the number two game in the rankings. The game is heavily inspired by games such as League of Legends and Honor of Kings.

The MOBA genre has been a huge growth driver in Indonesia’s mobile games market as it has both encouraged higher engagement and spend compared to traditional RPG and strategy titles.

Mobile Legends has managed to beat out its competition, Arena of Valor (AOV), developed by Tencent and published by Garena in Greater Southeast Asia. While Arena of Valor started off well in Indonesia when it first launched in May 2017, Indonesian gamers appreciate the higher frequency of updates and innovation of Mobile Legends.

AOV has dropped out of the top 10 since the game peaked in November 2017. Importantly, Garena puts great effort into direct distribution of AOV through its own app store, which means that the Sensor Tower rankings (and other data analytics rankings focused on iOS and Google Play) do not capture all of the activity of AOV.

One trend that was impossible to ignore in 2017 was the success of battle royale games such as Playerunknown's Battlegrounds (PUBG). The game was a hit in every market, including Indonesia, where over 150,000 copies were sold and played in homes and high-end internet cafés across the country.

Everyone wanted to play PUBG but not everyone had access to a high-end PC to do so. Developers were quick to realise the potential of the battle royale genre on mobile and target the more than 90 million mobile gamers, which has led to NetEase and Garena coming out on top in the mobile battle royale segment in Indonesia.

NetEase launched its mobile battle royale game, Rules of Survival, in November 2017. The game was seventh in downloads and 14th in revenue in January 2018. Rules of Survival is free-to-play and able to run on a number of mid-range to high-end smartphones, thus having a much larger potential audience than PUBG.

Garena also launched its mobile battle royale game called Free Fire. The game was the fourth most downloaded title in January. Free Fire has shorter session times and lower technical requirements, which is why more gamers have downloaded it.

Lords Mobile from IGG is a real-time strategy game that allows players to build up an empire and then take on opponents.

The game has short session times, doesn’t require high spending and has a huge social element with the built-in ally system. It’s for reasons such as this that other similar games like Perfect World's Final Fantasy Awakening and Supercell's Clash of Clans have found success in Indonesia.

Casual titles chart on both the download and revenue chart

As Indonesia has the second lowest ARPPU in Southeast Asia, it’s no surprise that the majority of titles in the download chart are casual games that don’t require high spending.

Apps such as Ludo King and BarbarQ Tap are social titles that can be played with multiple players, whereas Subway Surfers, Pou and Starmaker are games for individual players.

Esports is a driver of growth

Crisis Action, which was eighth in revenues in January 2018, advertises itself as the best esports FPS game, with over 50 million players around the world. The game hosts a monthly online tournament where the best players can win prizes as well as rewards for their clan.